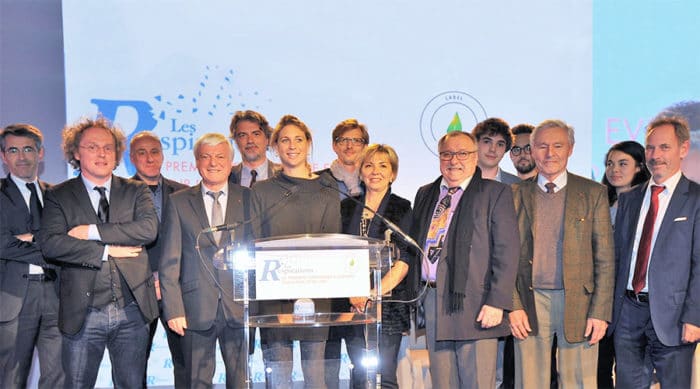 Climate City at the COP 22 and “Les Respirations”

NOVEMBER 2016 : TWO LOCATIONS AND TWO EVENTS ON ONE TOPIC – THE CLIMATE

The “Respirations” conference is to be held in Paris on 15 November at the Cité de la Mode et du Design. Organised by Thomas Kerting, President of the conference and Mathilde Lorenzi, Delegate General, this global forum is the first conference 100% dedicated to air quality. “Respirations” will bring together political, economic, academic, legal and associative figures around a series of round tables to discuss air quality issues.

This year’s programme to include three sessions to address the issue of air quality :

Winner of last year’s Grand Prix Générali, Climate City will again be present among the participants in “Respirations” this year. The team will share a stand with the A. Béchu Architecture Agency, Climate City’s partners and friends.

For further information on the forum: www.lesrespirations.org

Following on from the 21st Conference of the Parties held in Paris in December 2015, COP22 will take place in Marrakech, from 7 to 18 November. Climate City will also be present at this global event, to pursue discussions on climate action throughout the year. Indeed, one of the main objectives of the Paris Agreements is to limit the increase in average global warming to below 2°C as compared with the beginning of the industrial era. Many countries such as China, the United States and France have now ratified the Paris Agreement. The necessary threshold of countries representing 55% of greenhouse gas emissions has therefore been reached and the Paris Agreement will come into force at the beginning of COP22.

The issues facing this Conference of the Parties are to implement the actions proposed in Paris. Omar Hilale, Permanent Representative of Morocco to the United Nations, presented COP22 as a “conference of action, innovation and solution sharing, which should contribute to the implementation of the results of COP21 by strengthening the mobilisation of all state and non-state stakeholders.”

For further information on COP22: www.cop22.ma