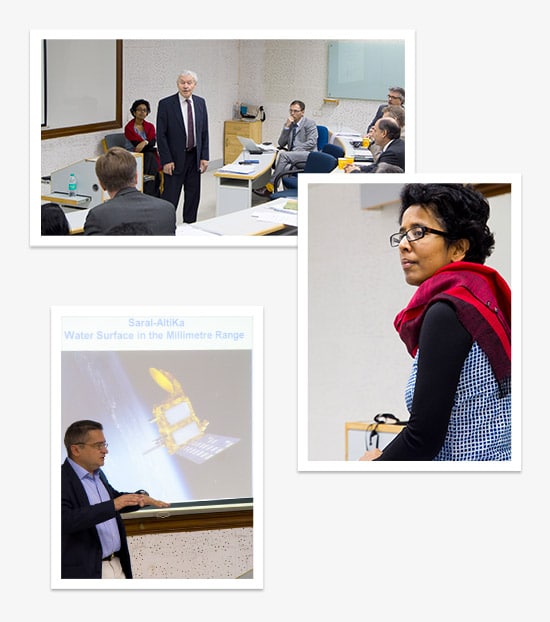 EARTH2ORBIT (AN INDIAN COMPANY AND CLIMATE CITY PARTNER), SPACE FRENCH AGENCY (CNES) AND CLIMATE CITY HAVE ORGANISED A SEMINAR IN BANGALORE FOR FRIDAY 20 JANUARY 2017 ON URBAN CLIMATE ISSUES AND AIR QUALITY IN INDIA.

This day provided an opportunity for intensive exchanges between the Indian scientific and technological communities and the Climate City teams.

One of the issues addressed during these discussions was how to prepare deployment of the Climate Birds system over the 300 Indian cities that will total more than a million inhabitants in the years to come.