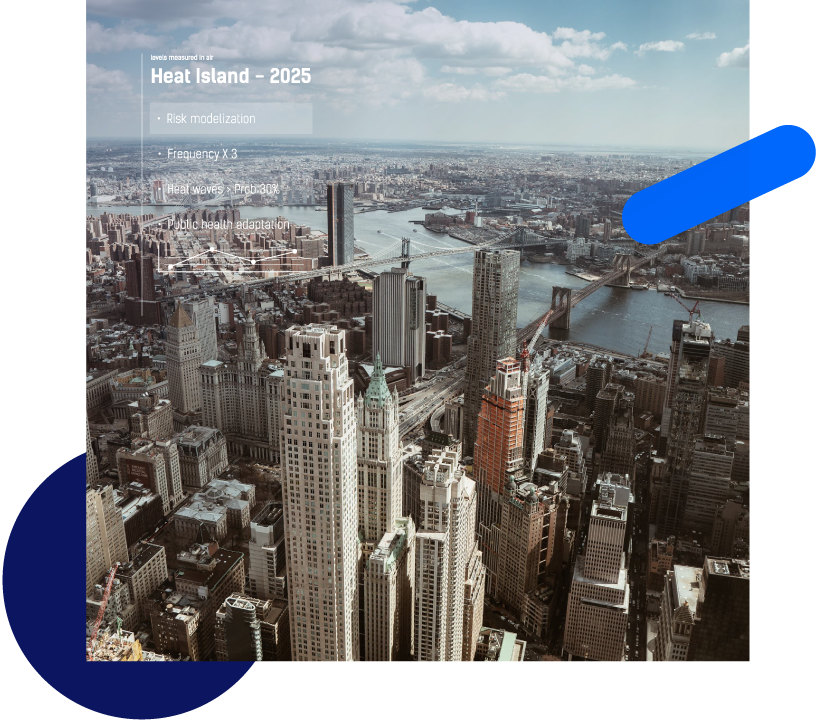 CLIMATE CITY relies on an airborne observation system whose strategic core are the “CLIMATE BIRDS”, tethered balloons equipped with a payload for measuring the physical and chemical phenomena of the atmosphere; phenomena that characterize the urban climate and whose observation can be carried out between 150 and 1500 meters of altitude.

The first balloon deployed in a city’s atmosphere is called C-Birds One. This is a demonstrator of the CLIMATE BIRDS network, which will demonstrate the proper functioning of the system and define the exact number of balloons to deploy over a given city, during its operational phase.

These balloons will then be installed permanently, but with great flexibility in the context of a grounding system as part of an evolving network.

Learn more about our technology

This balloon – C-Birds One in the demonstration phase and CLIMATE BIRDS in the “operational network” phase – is the result of Climate City’s Research and Development activities. It flies at an average altitude of 350 meters and its operation fully complies with civil aviation requirements along with specific constraints relating for safety and urban comfort. It can carry up to 30 kg of payload, including several instruments to observe the physical, dynamic and thermal characteristics at the ground and the first 300 meters of the atmosphere.
It can be maneuvered with winds up to 70 km/h, brought back down in less than 15 minutes and moved around using a mobile ground station.

This UAV, with a wingspan of 4.2 meters, can travel to a distance of 1,000 km, reach an altitude of 4,500 meters, attain a maximum speed of 80 mph and carry a payload of up to 8 kg.
Thanks to its 10 hours of autonomy, the drone allows mobile measurements to be collected continuously.
These measurements are recorded on board and then transmitted to the ground.
This UAV is used to conduct measurement campaigns (especially during advection over the urban periphery). Meanwhile, the tethered balloon fleet is deployed permanently. 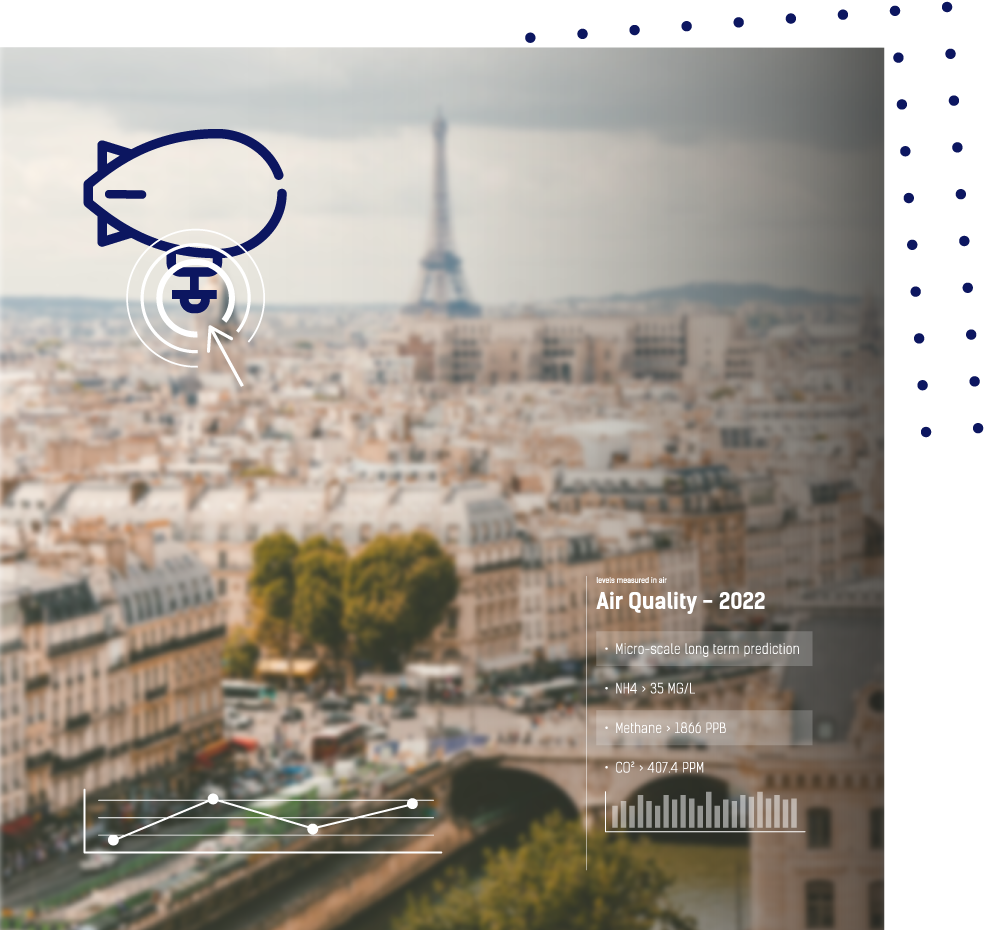 The main sensors making up the payload integrated into the balloon basket are as follows:

The data are analysed as part of a processing chain that begins with data storage, organisation and mapping – a first stage processed using the CLIMATE CITY software. They are then analysed through a scientific intervention based on international cooperation orchestrated by the CLIMATE CITY Scientific and Operational Committee. NASA, Meteoblue and Columbia University laboratories, collaborative projects with CNES, and multiple scientific and technical organisations ensure the quality of the Committee’s work.
The subsequent analyses are conducted on the basis of variability of both historic climate data and the local chronological order obtained by the C-Birds One and CLIMATE BIRDS networks over 3 to 6 months to filter and extract the frequencies and intensities of the various urban phenomena over a daily and seasonal timescale.